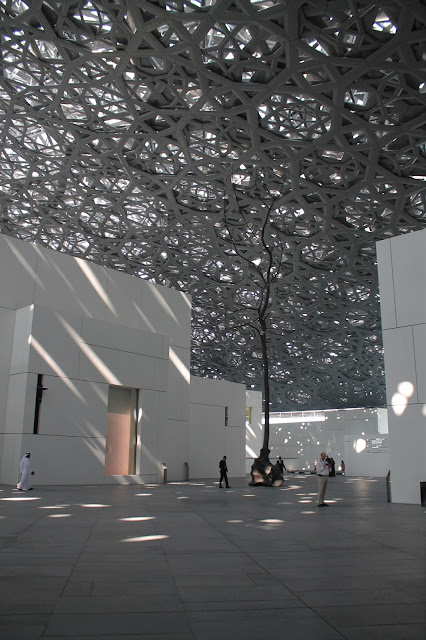 Sjeik Zayed Grand Mosque - The Grand Mosque is the largest mosque in the country and was constructed between 1996 and 2007. It is an important place of worship for Friday gathering and Eid prayers. Especially the inner court yard with the minaret are so so beautiful. For minutes I have been standing between the columns just grasping the captivating scenery. A MUST visit when you are in Abu Dhabi. Tip 1: I liked visiting the mosque early in the morning, before the sun (and its heat) comes up. You avoid the big crowd that arrive around noon. Tip 2: look around! The architecture as well as the floors as well as the details on the columns: it's all worth a look because it is so so beautiful. 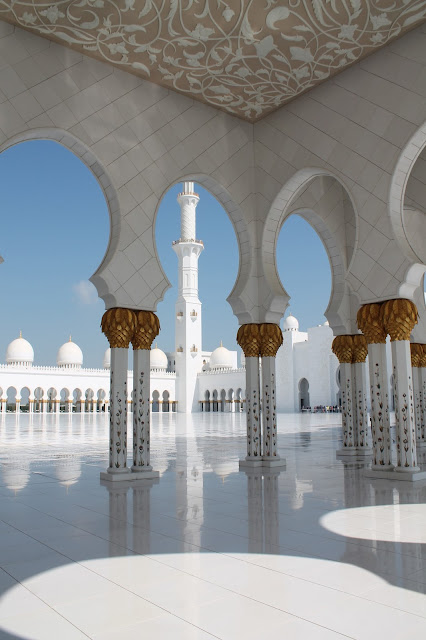 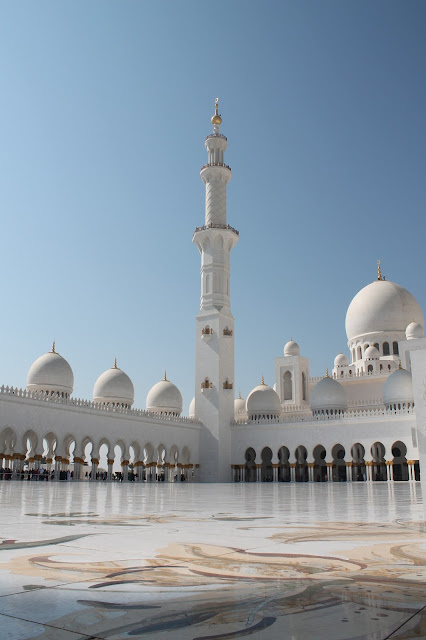 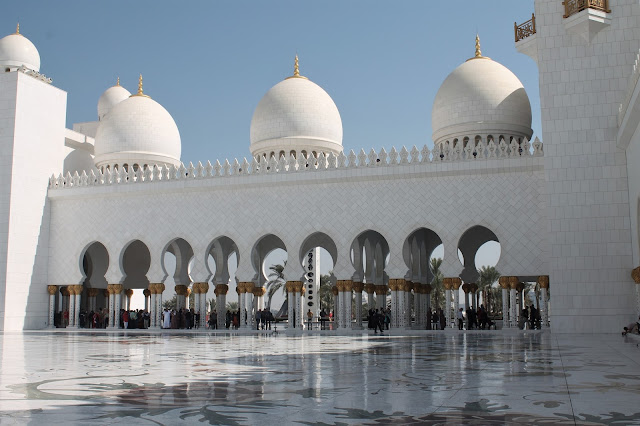 Umm Al Emarat Park - I have no idea how I discovered this place, but the Umm Al Emarat Park or the Park for the People of Abu Dhabi is the perfect place to blow off some steam. We visited the park after having visited the mosque and we were positively suprised by this hidden gem. Especially their Shade House, with on the inside a botanical garden, was ah-mazing. The structure has a height of over 40 meters and has an East to West orientation which creates a hiding spot for morning and late afternoon heat. Apart from the Shade House, there is Wisdom Garden, a small animal barn and an amphitheatre. Tip: go upstairs the Shade House and enjoy the panoramic view over the city. 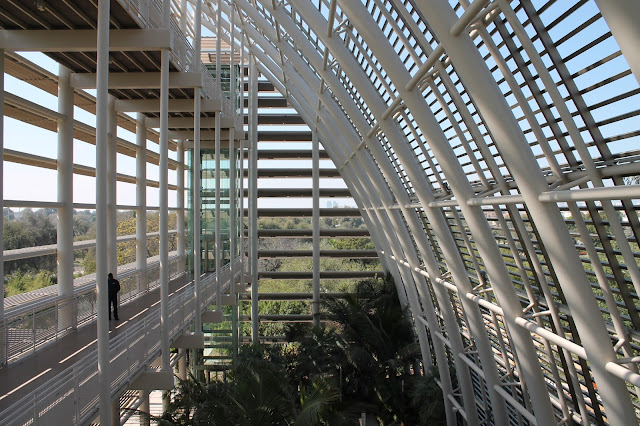 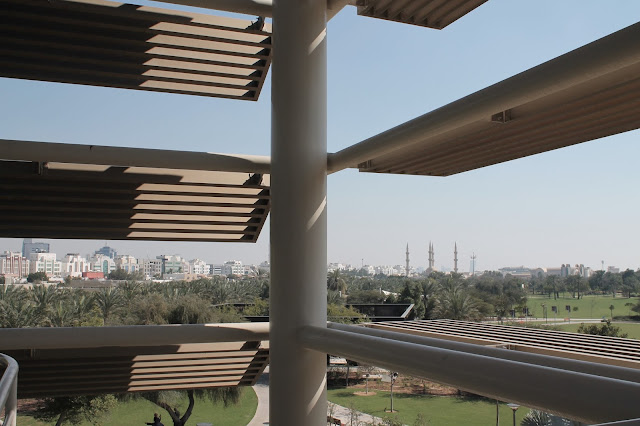 SALT - Located next to the Umm Al Emarat Park is SALT, "an urban food experience that brings people together to enjoy a simple meal in the environments they love the most". Just order your burger in the truck and wait for a great meal to be prepared for you. I rarely eat meat, but I'm happy I made an exception for a SALT-burger. You can choose between Wagyu beef or chicken :) 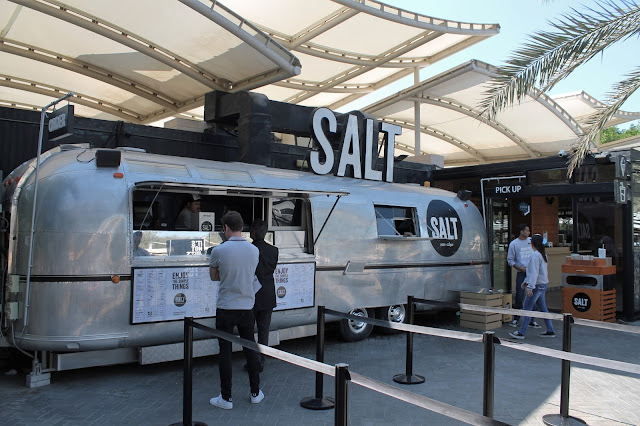 Louvre Abu Dhabi - "Louvre Abu Dhabi is a new cultural beacon, bringing different cultures together to shine fresh light on the shared stories of humanity". That's how the museum describes itself and what I definitely experienced while visiting the museum. It was established on November 8, 2017 and is located on the Saadiyat Island Cultural District. One of the goals was to bridge the gap between Eastern and Western art. "It represents the dynamic nature of the contemporary Arab world, while celebrating the region's vibrant multicultural heritage".

The galleries are separated in chronological order and not by geography, as we are used to. This was actually super refreshing and matched perfectly with the collection. Instead of watching artwork per region or country, you experience different kinds of regions evolving over time. Last, but by no means least, the collection itself was very impressive. Going from Piet Mondrian to René Magritte to Leonardo de Vinci to Picasso.

Being already impressed by the pictures online, I was even more blown away when seeing the immense dome, under which the 55 individual white buildings are located. The architects from Ateliers Jean Nouvel sure did an amazing job. As Archdaily puts it "it is a project founded on a major symbol of Arab architecture: the dome. But here, with its evident shift from tradition, the dome is a modern proposal.

"Each ray of light must penetrate the eight layers before appearing then disappearing. The result is a cinematic effect as the sun’s path progresses throughout the day. At night, it forms 7,850 stars visible from both inside and out. Named the ‘rain of light’, this effect has been the subject of many models and mock-ups over the years and is one of the defining features of the concept" (Archdaily). 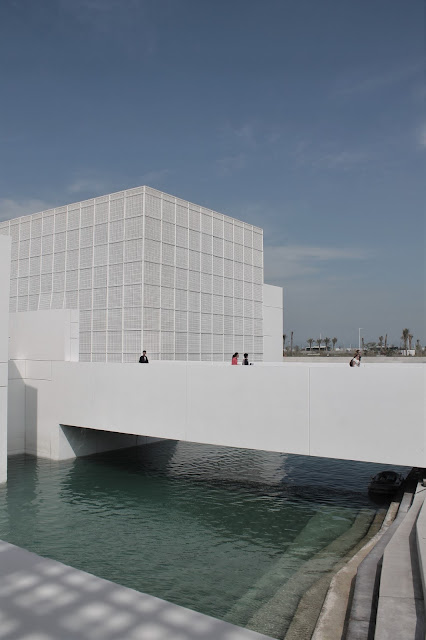 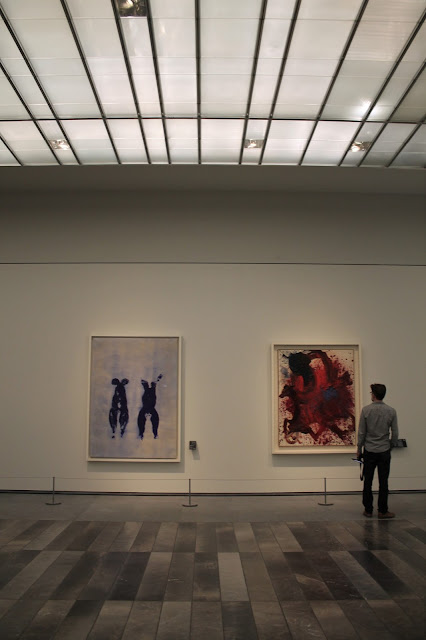 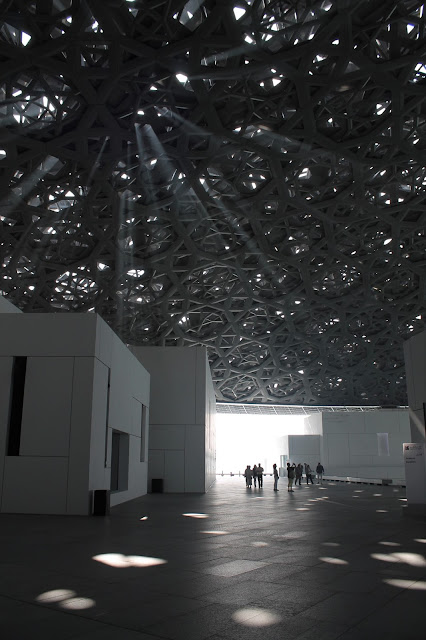 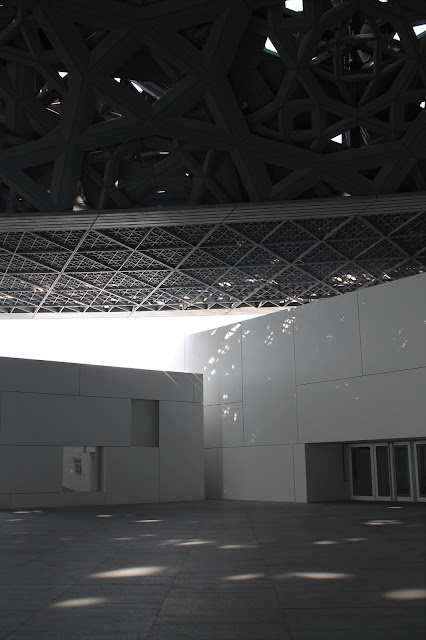 Saadiyat Public Beach - We visited Saadiyat Public Beach, which is a real hidden gem around Abu Dhabi. Want to avoid the huge crowded beaches? Go there! From the 50 sunbeds that were installed, only 5 were taken. Point proven. The beach was widespread and just screamed 'long beachwalks': loved it! 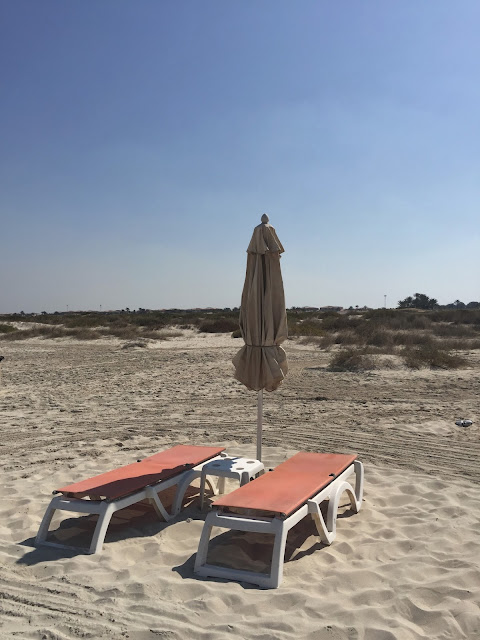 Desert - At last we made a trip to the desert with a local company that organize low key, but great trips to the desert of Abu Dhabi. They picked us up at the hotel and drove us into the desert, where we bumped into a group of camels. Apart from being totally excited about the camels, we went dunebashing with the car that drove us into the desert. Tip: Get your seat in the front because 1/ you'll have the best view and 2/ you will not be car sick (clever as I am, I opted for that seat). We finished the trip in their basecamp where we could have a bit and drinks and experience a camel ride while enjoying the sunset. In conclusion: a wonderful experience! 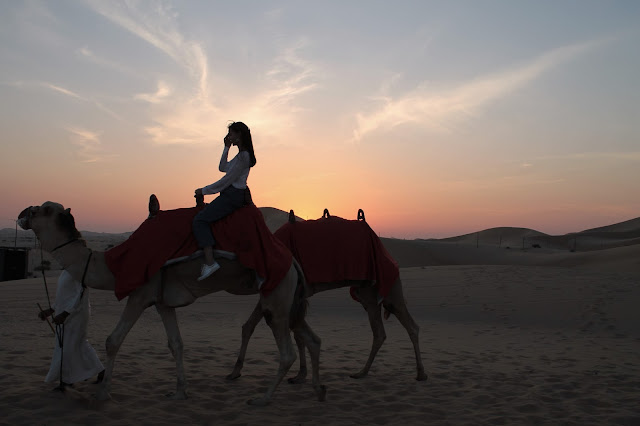 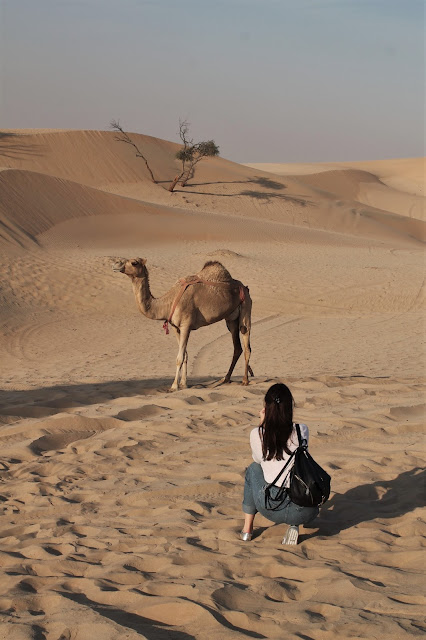 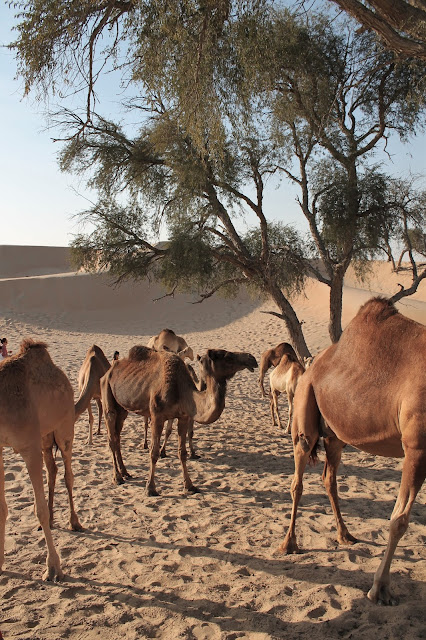 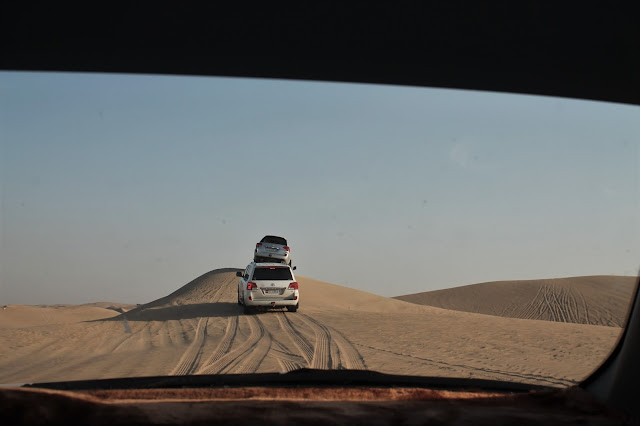