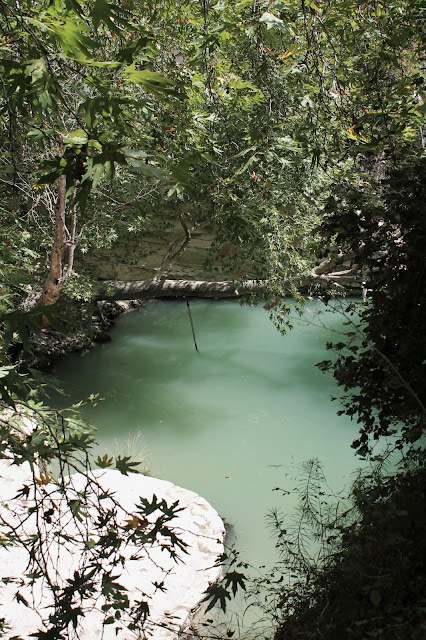 To be honest, Cyrpus was never really on my top 10 list of places I wanted to visit, but I have to revise that. I must admit that I really underestimated the beauty of Cyprus and the island in itself. Especially the different sides of it. First of all you should know that the island, due to political decisions in the past, is split in two. The north of the island belongs to Turkey and the south belongs to Greece. The split runs through the island as well as throught the capital of Cyprus: Nicosia. In Nicosia the divide is tangible as The Green Line literally splits the capital in two. More about this later! Secondly the archeological treasures that you'll find on the island are impressing. As I studied Latin in high school and went on school trips to Italy and Greece, I have this thing with ancient archeological sites and history all short. So I visited two archeological sites and the Cyprus Museum during my trip. Also: read more below! Last but not least Greek food is the best, as you might know. Although after fourteen days of having huge mezzes on a daily base I was happy to have just one dish in Belgium :) Now more about the places I visited! First you'll find my favorite restaurants on the island (mostly in the area of Limassol - south part of Cyprus). After that I'll be telling you more about some of the places we combined to visit while discovering the island by car.

Gin Fish & Pier One. Both restaurants are located in the harbour of Limassol on a huge pier. If only for the architecture and the view from the inside of these restaurants, you should go! But also the food is outstanding. Gin Fish has a mediterranean cuisine and great cocktails whereas Pier One has a more experimental, sophisticated cuisine with mediterranean influences. 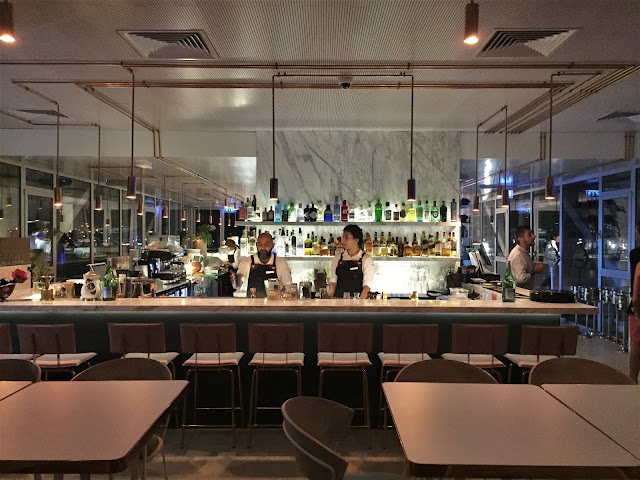 Agios Epiktitos. Agios Epiktitos is run by a Greek family of whom the mother is the chef in the kitchen. We had a great typical Greek dinner with THE best view ever over the city and port of Limassol. Next time I visit Cyprus, I'm going back for sure! 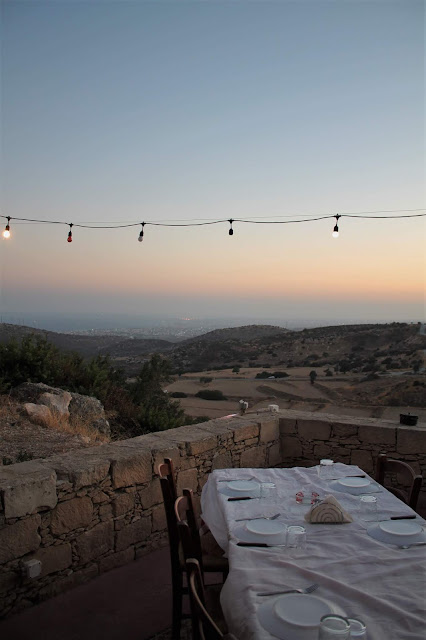 Dionysos Mansion. Hidden in a quiet neighborhood of Limassol is the restaurant Dionysos Mansion. The terrace is very pretty and cosy with overhanging trees and some mood lights. A huge plus to this restaurant: every dish is homemade and their ingredients are all local and fresh. They have a big variety of dishes going from meat and fish to vegetarian and vegan dishes. Especially the starters that we shared which were su-per delicious. 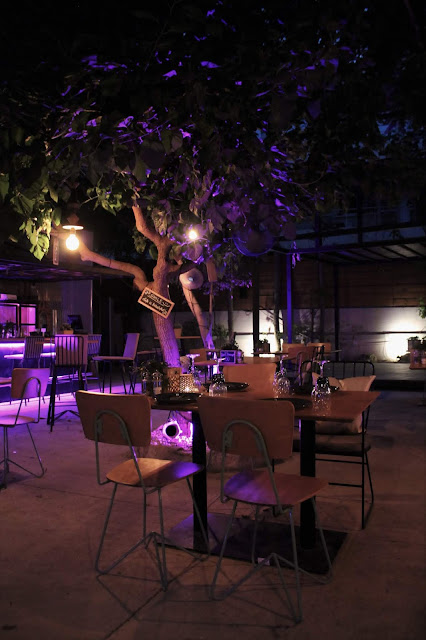 Old Limassol. Old Limassol is located a bit outside the city, as was our hotel, so we discovered the place while enjoying a morning-walk by the sea. You literally sit next to the sea and feel the sea breeze which is the best to end your day. The young staff-members were a bit inexpierenced but very charming. Nevertheless, the food is pure, super fresh and actually really cheap for the good quality that you get. 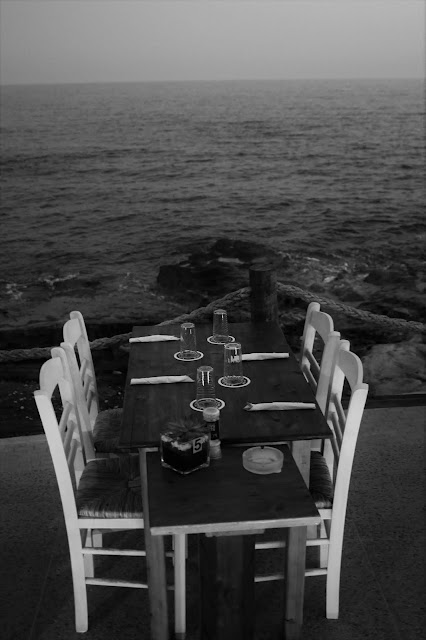 Kourion Ancient Amphitheatre. Go there if you want to experience the powerfulness of a wonderful amphitheatre and if you want to enjoy a beautiful view. I also read that "the theatre is also used for open-air musical and theatrical performances - mainly during the summer months".

Aphrodite's Rock. Or Petra tou Romiou ("Rock of the Roman"). This place is described as 'geological formation of huge rocks along one of the most beautiful coastlines on the island, located on the southwest coast of the Pafos (Paphos) district'. And it's true. The rock as well as the coastline are enchanting and definitely worth the ride. Tip: stop along the B12-road (direction Limassol) at the viewpoint which has the best view ever over the rock and the coastline. Rumour has it that the Ancient Greek godess of love and beauty - Aphrodite - was born here and that she rose from the waves and was escorted on a shell to this particular beach. Believe it or not, that's up to you :)

Paphos Archeological Site. This archeological site is one of the most important ones on the island and contains beautiful mosaic floors of four Roman villas. Most remains on the site date to the Roman period but overall the site and its monuments date from the 4th century BC to the Middle Ages. 'Go early!' is the best tip I could give you for this archeological site as it is huge and you will spend more than two hours in the sun (if you want to see every bit of the site ;)). Nice to know: the site has been included in the UNESCO World Heritage Sites list since 1980. 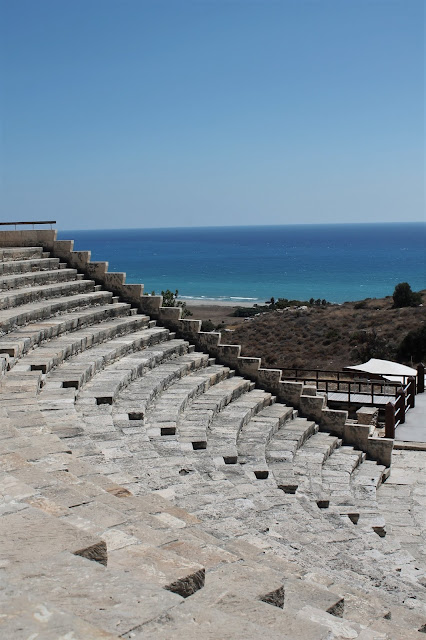 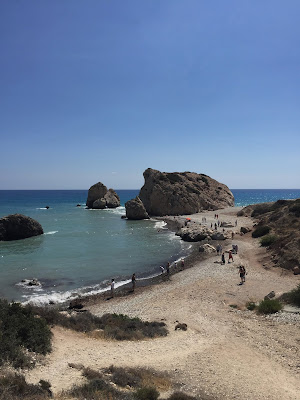 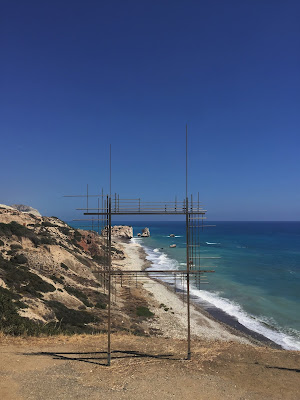 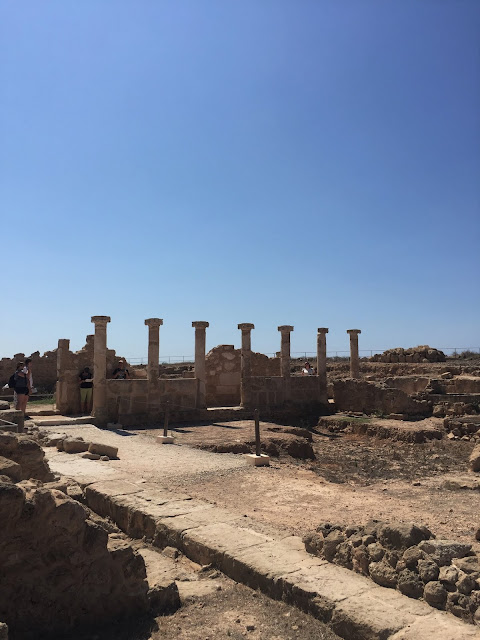 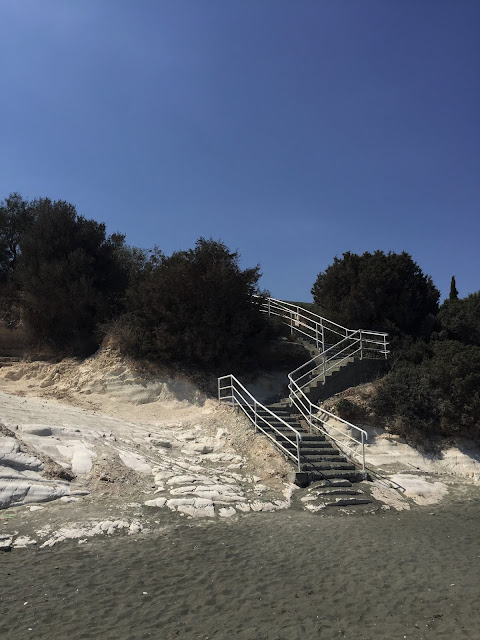 Nicosia and its Green Line. The capital of Cyprus is not that special to visit but I really wanted to see 'The Green Line' or UN (demilitarized) buffer zone which literally cuts the city in two parts, namely the Northern (Turkish) and Southern (Greek) part. It was established in 1964 and extended in 1974. At some places near that zone you can actually see green oil-barrel barricades next to abandoned houses, which feels very weird.

The Cyprus Museum. The largest (yet very very small in comparison with other museums) and oldest museum on the island. The museum consists of fourteen rooms and I actually used this website (by the Cyprus Department of Antiquities) to get to know more about the different rooms. 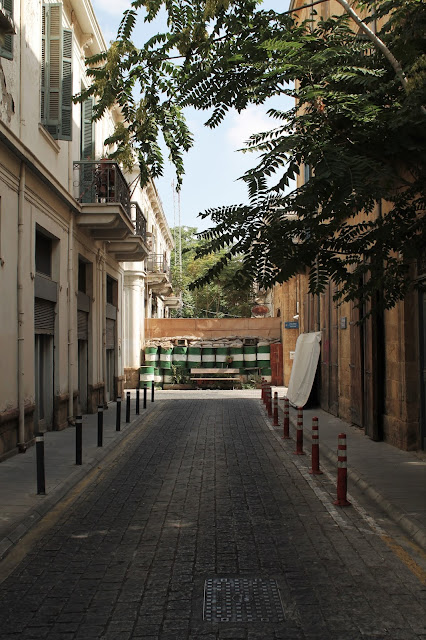 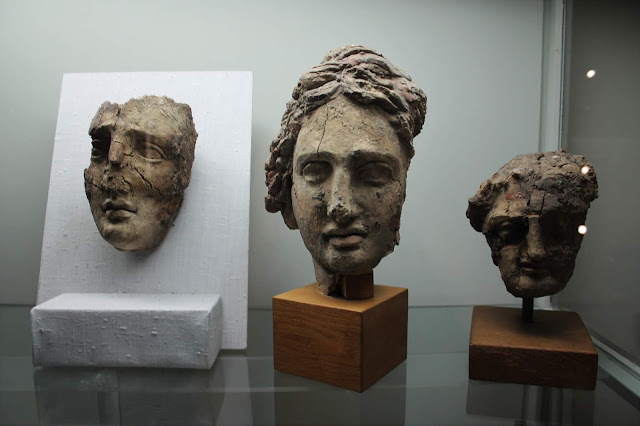 Salt Lake, Larnaca. I must admit that I expected way more of this salt lake. It was a nice stop during our trip since we were already in the neighborhood but I would not make a detour for this place although the expansive view is impressing :) 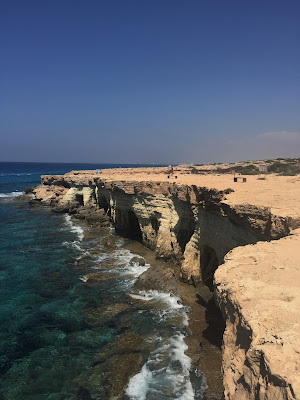 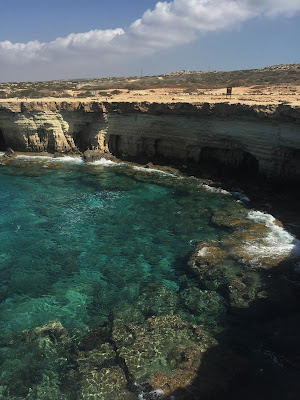 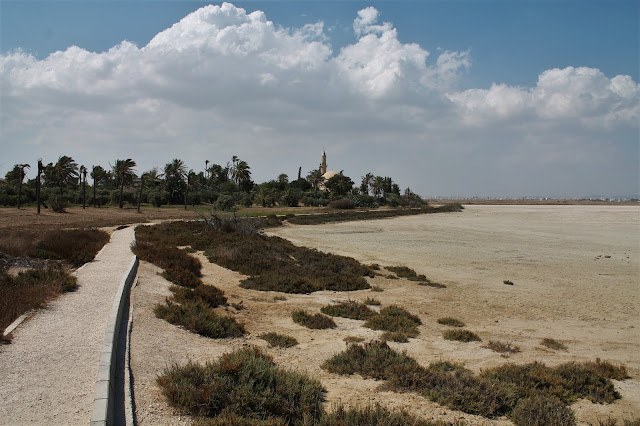 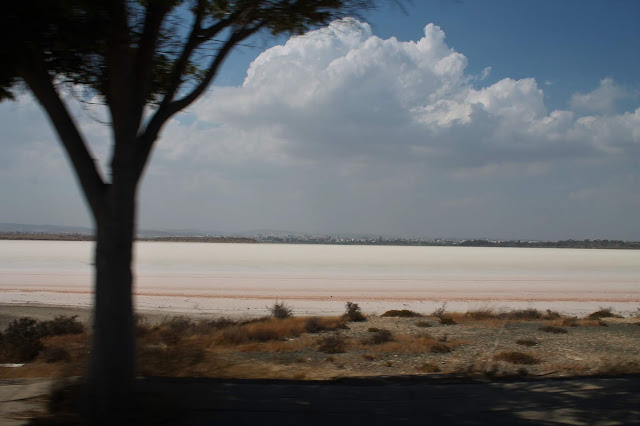 Adonis Baths waterfalls. GO EARLY! Not to avoid the heat but to avoid the tourists that are just ruining the peace and quiet that characterize this place. We arrived at 9AM, half an hour before the big troops came in, which was just perfect! Accoring to Greek Mythology Aphrodite and Adonis spent most of their time together at the Adonis Baths, but it was also the place where Adonis died in the arms of his love, Aphrodite. It is also believed that swimming in the baths and under the waterfull preserves women's youth. A last tip: make sure you follow the steps upstairs as well. The view from above is great as well!

Sea You Beach Bar. After you payed a visit to the Adonis Baths go to Sea You Beach Bar, which takes you 8 minutes to get there. Have lunch at the beach and enjoy the nice breeze while eating your mezze plate (was really good!). 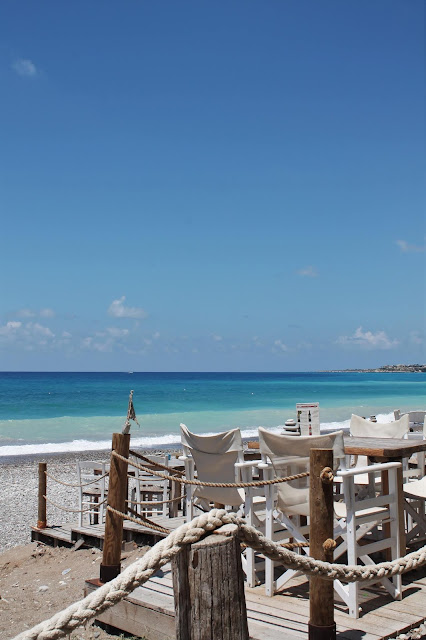